Hey, just so you know, I’m going to need about 20 minutes to pump every 2-3 hours throughout the day.”  It was a familiar, yet not particularly enjoyable, conversation I had grown accustomed to having with each new senior resident at the beginning of every rotation.  I had just finished maternity leave and was somehow trying to navigate the world of motherhood and residency simultaneously.

Unlike those other familiar conversations, the response I received this time around was not one I expected.  “You have a baby at home? How old is your little one?”  Immediately, I knew she was a fellow mom.  I had experienced that kind of response before from attending physicians, but not from a resident.  Instantly, we went into “mommy mode,” and began to share our joys and frustrations about motherhood.

One of those frustrations was regarding the severely limited time she had to spend with her children because of residency.   She told me she had three little ones at home, and her mother was their primary caregiver.  She felt extremely guilty about this, even to the point of becoming visibly upset while speaking.  For those familiar with the hierarchy in medicine, this was a peculiar situation to find myself in—a first-year resident sharing such a vulnerable moment with a senior resident.

I’m not sure what got into me, but throughout the course of our conversation, I felt compelled to let her know I was resigning (Read about my decision to leave residency here).  Immediately, her face lit up!  “Wow! Really?!  How did you know that’s what you wanted to do?  Were you worried?  How do you feel about your decision now?”  A flood of genuinely interested questions followed.

It was then I began to realize two things: 1) I’m not alone, and 2) something needs to change.  Thankfully, I recently received encouragement regarding both of these.  Over the course of my first year as a stay-at-home mom (SAHM), I came across an awesome Facebook group specifically for doctors who have now made mothering their full-time gig.  This was truly eye-opening.  It’s amazing to see how many women have made a similar decision, and are now so much happier because of it.

Although it was overwhelmingly encouraging, I was saddened to think of how many moms have had to sacrifice their career in order for the simple right to spend time with their little ones.  And even more than that, I was saddened to think of how many female residents and fellows have had the joy of pregnancy and childbirth stripped from them because they were forced to put off that beautiful time of life; only to realize that the flame of fertility had dimmed to a mere flicker.  Worse yet, I wondered how many more would walk this same path.

Hopefully, not many much longer.  Last week an article was published by the AAMC (Association of American Medical Colleges), entitled Making the case for parental leave during residency.  It discussed this very issue, and in particular, it made mention of the fact that, in our current system, taking extended time off may be detrimental to one’s ability to complete his or her program on-time.

I was blessed to work for a hospital that saw the importance of maternity leave and ensured every resident had the right to 4 weeks of paid leave.  I added 2 weeks of my vacation time to this, for a total of 6 weeks.  Interestingly enough, however, it wasn’t enough for me.  My son was practically a newborn when I returned to work, and I feared not having the opportunity to spend the best parts of his first year with him.

I soon began to think, “Would it be possible for residencies to offer maternity leave for an entire year?” The annual calendar, with each year beginning in July, is unique to the field and offers a sort of program-wide “reset” that most other jobs don’t offer.  With the help of mid-level providers (i.e. nurse practitioners and physician’s assistants) and visiting/other rotating residents to off-load the absent resident’s work, could this be possible?

Countries all over the world have done this, yet the U.S. lags behind.  Of course, instituting such a system would not be without difficulty, but should we continue in our clearly broken one because of this?  Can medicine become a trailblazer for maternity leave in the U.S.?  I wonder. 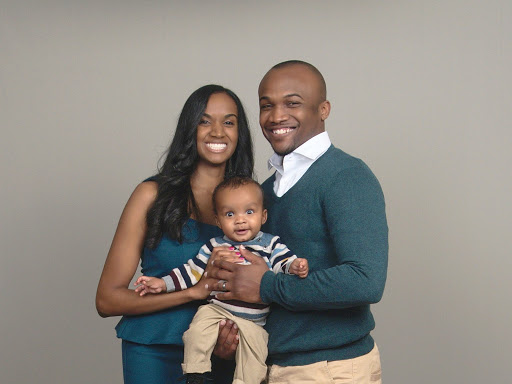