Why’s Micah crying like that?” my sister asked over the phone.  “I don’t know,” I responded.  “Hold on while I go check.” I was in the bedroom catching up with my sister, while my husband was in the kitchen with Micah, making his lunch.  Or so I thought.  When I exited the room, I found my husband in the bathroom, holding Micah in the sink, running cold water over his entire body.  “What’s going on?!” I asked above the sound of Micah’s cries.  “Hot water from the pot fell on him.” My heart started pounding.  He continued, “I was boiling peas on the stove, when he slipped on the flashcard he had been carrying around, he hit the oven, and the pot tipped over on him.  I don’t know where on his body the water landed, so I’m running cold water everywhere.”

I immediately jumped into “doctor mode.” “Strip his clothes.” I said. I grabbed my first aid kit and got to work.  As I tended to my son, I began praying like I never had before.  Meanwhile, I waited anxiously for the burns to appear, hoping water hadn’t gotten on his face or steam to his airway.  Seconds passed. One minute passed.  A 2nd degree burn on his arm appeared.  We kept watching and waiting.  A small 1st degree burn in his hairline.  We watched and waited some more.  Nothing else materialized.  That was it! Thank God!

I struggled for a while with whether or not to share that story.  I know how judgmental and harsh society can be toward parents, especially mothers.  I was reminded of that fact when I told my mother-in-law what had happened, and she responded with “Sheree, you need to have a gate in front of the kitchen.” Aside from that being entirely impractical given the layout of our home, it was implied that somehow as his mother, despite being absent at the time, I should have anticipated this would happen and should’ve taken “appropriate” precautions.

I felt needlessly guilty every time I stepped foot outside the house with Micah.  I made sure his arm was always covered, lest anyone find a reason to question me or even worse, call the authorities.  Regardless of whether or not my fear was irrational, the mere fact that it existed speaks volumes of the world in which we now live.  In this world of social media, all it takes is one photo, one 30-second video, or one glance for onlookers to pass judgment and feel justified in their assessment, regardless of whether or not they know the entire story.

Interestingly enough, that evening after Micah was asleep for the night, wounds dressed and all, I came across a New York Times article entitled “Motherhood in the Age of Fear.” In it, the writer speaks to the age in which we live where the idea of free-range parenting, the “concept of raising children in the spirit of encouraging them to function independently and with limited parental supervision, in accordance with their age of development [1],” is not just an enigma, but even more so, it is discouraged and frowned upon.  As I scrolled through the comments of the article, I was taken aback by how many were under the impression that 24-hour supervision of children is the order of the day and should be expected.

Of course, in our case Micah was in-fact supervised, but as he grows older, that won’t always be the case.  And accidents will continue to happen.  In my opinion, that’s called growing up.  Now, we could place him in a bubble, never allowing him to go outside, never letting him step out on his own, never giving him the opportunity to explore, and doing this would ensure that nothing would ever happen to him.  But then again, doing that would ensure that nothing would ever happen to him.  No memories made, no stories to tell, no lessons learned, and no laughs to share.  That’s not the life I want for him.

When I think of my own childhood, which was not that long ago, I remember climbing trees and rooftops, making mud pies, spending hours outside without parental supervision.  I recall creating snowboards out of sleds, practicing skateboard tricks, hanging off banisters, jumping down stairwells, and wandering the neighborhood on my own.  I remember a time when my mother left my sister and I in the car while she went inside the store, and because she parked in a fire lane, a police officer came to the car, and gave her a ticket . . . for parking in the fire lane. She wasn’t reprimanded or disciplined for leaving her kids unattended in the car.

That being said, if I’m honest, I think I’ve already been shaped by the society that I just spoke out against.  I’m fearful whenever Micah wanders out of my sight for even a split second.  When I see kids walking about at the mall, the first thing that comes to mind is “Where are their parents?”.  I ask myself, “Is this the mindset I must resign myself to?”. “Is the world really that bad?”  I honestly don’t have the answers to those questions.  Maybe you do?

4 thoughts on “Peas on the Stove: A Response to “Motherhood in the Age of Fear”” 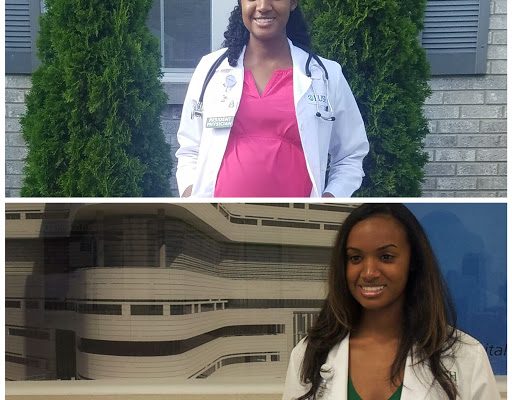