Ever since I was a little girl, I’ve held a not so deep, dark secret: I’m afraid of fish.  I can’t say when or where this fear, known as ichthyophobia, developed because I honestly don’t remember. However, I can recall with pinpoint precision every time I’ve ever come face-to-face with. . . the enemy.  For example, there was the time I had a nightmare about flying goldfish chasing me up the stairs of my childhood home, or the time on my high school senior class trip when we went to an aquarium and my friend, out of the goodness of her heart, led me through the entire one-way aquarium (it was designed like IKEA) while I walked with my eyes closed, or when I went on a family vacation to the Cayman Islands and had a  full blown meltdown because I thought fish were surrounding my canoe, only to realize they were rocks.  Growing up, we had a huge aquarium, full of what I thought were “ugly fish,” and I remember secretly rejoicing inside every time my dad would go into the laundry room to get the green net so he could remove any fish that had died.  “Yes! One less fish in the tank!”, I would think to myself (I was a very strange child).

All of that being said, yesterday, I did something I never thought in a million years I would do—I went to the Shedd Aquarium.  Since moving to Chicago, my husband has continued to ask me every now and again if we could visit, but he did so mostly in jest, because he knew I would say no.  I suppose, I finally made his dreams come true.  Why in the world did I decide to do such a thing? One word: Micah.

This little boy truly amazes me daily with his curiosity and wonder.  He’s such an explorer, and I knew in my heart visiting the aquarium would be something he would enjoy.  I played with the idea of visiting the zoo with him instead, but I knew at his age, it wouldn’t be nearly as exciting as an aquarium with it’s lights and fast-moving fish.  So, I figured, now’s as good a time as any to face my fear.

In the weeks prior to this little outing, I decided it would be a good idea to begin preparing myself.  I tried to watch a documentary involving fish with my husband but made it through literally the first 25 seconds before having to turn it off.  Then, I took the advice of a friend, who suggested I start off small, by visiting, the little fish tanks in the grocery store on my next shopping trip.  “That’s a great idea!,” I thought—that is, until I actually did it, and saw a dead fish floating in the tank and immediately broke out into a cold sweat in the middle of the grocery store.

I was determined however, so I didn’t let those failed attempts stop me.  We were going to the aquarium.  The day finally arrived, and I didn’t feel nervous.  I was honestly more excited about the opportunity to go downtown on a beautiful Chicago summer day and see the look of excitement on Micah’s face.  Once we found a place to park and made our way inside, I immediately went into defense mode, looking everywhere except at the fish.

My husband pulled me aside and said,

He always knows just what to say.  That gave me a bit more confidence and by the end of that exhibit, I was actually able to walk with Micah up to one of the tanks.  That being said, if I’m honest, I did spend a lot of time looking at the fish from a distance and intentionally staring at my phone in order to avoid eye contact (yes, with the fish). And thank God for the “Polar Zone” and “Reptile” exhibits which were mostly fish-free.  Nevertheless, I’m happy I went.  I was able to prove to myself that I could do it and I got to experience the joy of watching Micah curiously gaze on in awe.

Have you ever faced any of your fears?  What was it like? And for the mamas, what are some things you ended up doing for your kids that you never thought you would do?

2 thoughts on “I Have a Fish Phobia and I Went to the Aquarium!!” 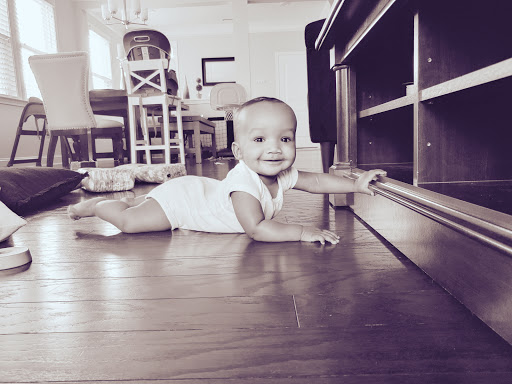