“I got the job!” DJ yelled excitedly over the phone. I couldn’t believe it. After two and half years of applying to jobs in Chicago, he was finally offered a position with a company that not only had offices worldwide, including Chicago, but that would allow him to work from home . . . in Chicago! It seemed so unreal. After 5 years of dating, and almost 3 years of living in separate cities, we would finally be together. And remember that specific number DJ was praying for salary-wise in order to make things work financially? That’s the EXACT number they offered him! So not only would we be together, we would be able to get married as well!

Given that we had spent 5 years waiting for this moment, we were more than ready to get married and didn’t want to waste any time. After DJ proposed in February, we set our wedding date for November of that same year, just nine months later. Not everyone was as excited for us as we were, particularly my parents. “I feel like you’re rushing things,” my mother responded after I called her to tell her the news. After 5 years of dating, I was absolutely sure there was no way we were rushing things. When I called my dad, his response went something like “Oh okay . . . I’m at work, so I’ll call you back.” Needless to say, my parents were less than excited. They expressed that they wanted to make sure I finished medical school before I got married. However, we realized it was no coincidence that at the exact time I was given flexibility and extra time in my schooling, DJ received a job offer in Chicago with the exact salary he prayed for, and we had already completed pre-marital counseling. We were sure now was the time. That experience truly taught us that when you’re convicted of the calling God has placed on your heart, you can move forward in peace, even when those who oppose you are the people closest to you.

Over the next few weeks, my parents finally got on board as we moved forward with wedding planning. We had lots to do in just nine short months (not to mention the fact that I was still in my third year of medical school, busy with rotations). As we discussed our goals for the wedding, our prayer first and foremost was that Christ would be seen throughout our special day and that our platform would be used to point to Him. Of course, it was nice doing all the fun things that go along with wedding planning, like picking flowers, cake tasting, etc., but I tried not to get caught up in the details . . . because honestly, they weren’t that important. I didn’t write things down, I had no checklist, I bought the first dress I tried on, and I didn’t try out my hair or make-up before the big day. More or less, my focus was on getting through school and preparing for our life together.

Of course, like most weddings, there were some things that didn’t go exactly according to plan, but overall, the day went smoothly, we enjoyed lots of love, hugs, and tears with family and friends, and most importantly, at the end of it all, we were married!

Check out our wedding video below to see how things went!

Missed part 1? Check it out here! 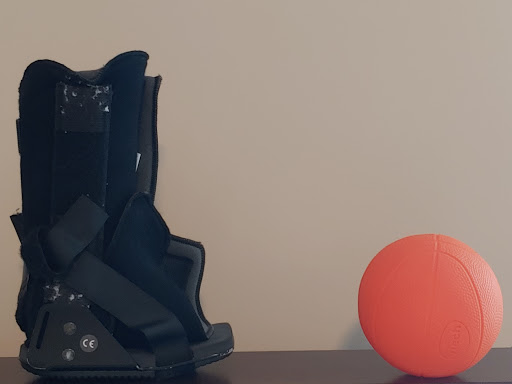